Multiple and prolonged power cuts ranging from 1 to 8 hours — some of which lasted the whole night — occurred since Monday evening, even forcing the chief minister to take note of the situation.

NEW DELHI: With Tuesday’s peak power consumption — 6,526 MW at 3.31pm — breaching even Monday’s record demand, the highest since 1902, social media and complaint centres filled with hundreds of complaints of power outages across the capital. 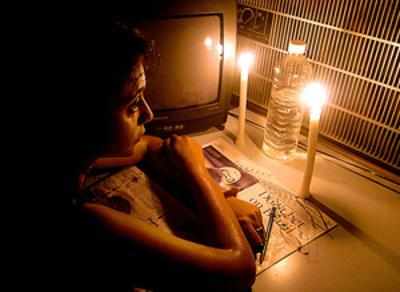 Multiple and prolonged power cuts ranging from 1 to 8 hours — some of which lasted the whole night — occurred since Monday evening, even forcing the chief minister to take note of the situation.

“In two days we have had 20 power cuts and we spent the whole night without electricity,” said Madhav Anand, a resident of Aya Nagar phase-6. A resident of Uttam Nagar, Gaurav Anand, said “All my calls were rejected by the customer care centre even though we faced a power cut for 14 hours at a stretch.”

Mitashi Sinha, a resident of South Extension-II, said that they faced frequent power cuts in the locality throughout the day, which collectively lasted for over 5-6 hours.

However, discoms said that there is enough provision to meet the power demand and outages are occurring due to “local faults”.

“Due to extreme heat and power demand the electricity network does not get sufficient time to cool down. This, at times, leads to local faults. Another common reason is unprecedented load growth in high power theft areas, which leads to power trip or ‘burn out’ of distribution equipment,” said a power official.

He added that declaration made by the consumers, about required load and about enhancement of load with passage of time is crucial to maintain the distribution network’s health and to “ensure quality power at home and office”.

A BSES spokesperson said that company has “invested substantial resources to strengthen the network to ensure reliable power supply during upcoming summer months”.

“We have even increased the call centre strength by over 150%, besides deploying additional manpower and mobile transformers,” he added.

Praveer Sinha, CEO of Tata power, said, “we are working in cooperation with the government and have already increased our call centre and maintenance staff. The problems of outages are arising due to local faults.”

Officials from power ministry, however, refused to comment on whether the situation warranted a response from Delhi government but attributed the “stress on the system” for the power outages.