During the 1970’s-mid 1990’s, there were Heat Pipe Air Preheater designs produced in which the individual heat pipes themselves were not manufactured in a controlled atmosphere. The resultant were heat pipes that were produced “in the field” with organic working fluids that even though they performed admirably for years and years and for the most part decades, overtime, broke down due to overheating, suffered a loss of vacuum and due to the lack of proper cleaning methods, dirt particles were introduced into the legacy heat pipes. With the less than ideal environment, those conditions could lead to an accelerated decomposition of the working fluids and perhaps render the heat pipes to be less efficient over time.

Among the more significant issues with the legacy heat pipes were the allowance of the dirt particles and the unintended organic matter that would be left inside the heat pipe contributing to the formation of non-condensable gases (“NCG’s”) and volatile organic compounds (“VOC’s”). With the dual phase water to steam process happening at supersonic speed, internal corrosion and cold spots would form along with a “puddle” of NCG’s that could form at the end or tip of the condensing end of the heat pipe causing an inefficient path for the phase transition process.

Today’s strict and more sophisticated controlled manufacturing standards include new patented techniques and methodologies for the preparation and cleaning of heat pipes prior to any vacuum and filling of the working fluid process. Many steps are involved in order to eliminate any corrosion issues or the introduction of any organic materials left in the heat pipes.

Our new and more efficient heat pipes can then be shipped to the end user for replacement of the old and tired legacy heat pipes in order to bring your unit back to its original designed specifications with a good possibility of being able to significantly increase your air preheater’s heat duty.

The decision to replace your current antiquated heat pipes or to replace the air preheater with a new heat pipe air preheater should not be taken lightly as there are many conditions to review that makes for a best cost effective and efficient solution. In order to discover that best solution, AMSEnergy would be happy to join in the discussions with your team. 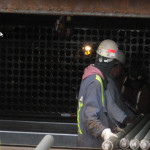 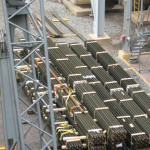 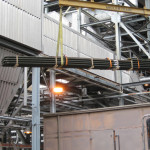 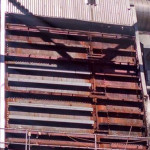 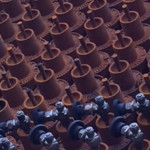 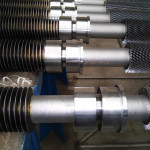 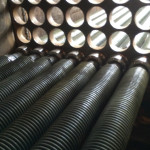